From myself: Ja right, Carter failed to mention Palestinian terrorism or Palestinian refusal to recognize the State of Israel as possible causes for the delay in achieving lasting peace in the region.

Former US President Jimmy Carter wrote an op-ed in the New York Times, in which he calls on President Obama to turn his back on Israel and recognize ‘Palestine’ at the UN before his term ends in January.

Former President Jimmy Carter has called on outgoing President Barack Obama to recognize the state of Palestine and push a resolution at the United Nations (UN) to solidify the move in his last days in office, an action that could compromise Israel’s international standing and its security.

In an op-ed penned for the New York Times published on Monday, Carter wrote that he is “convinced that the United States can still shape the future of the Israeli-Palestinian conflict before a change in presidents, but time is very short. The simple but vital step this administration must take before its term expires on Jan. 20 is to grant American diplomatic recognition to the state of Palestine, as 137 countries have already done, and help it achieve full United Nations membership.”

Carter wrote that the prospects of peace between Israel and the Palestinians are diminishing, and Israel is the sole cause for this situation.

“The commitment to peace is in danger of abrogation,” Carter wrote, accusing Israel of “displacing Palestinians and entrenching its occupation of Palestinian lands.”

Carter claims Israel’s presence in Judea Samaria and Jerusalem is the root cause of all problems, and only forcing Israel to withdraw from this region would bring about peace.

Carter failed to mention Palestinian terrorism or Palestinian refusal to recognize the State of Israel as possible causes for the delay in achieving lasting peace in the region.

“I am certain that United States recognition of a Palestinian state would make it easier for other countries that have not recognized Palestine to do so, and would clear the way for a Security Council resolution on the future of the Israeli-Palestinian conflict,” he wrote.

The initiative could include a proposal submitted to the UN Security Council (UNSC) on the two-state solution, based on the pre-1967 lines, which could later serve as an opening position for future negotiations between Israel and the Palestinians.

This would severely hinder Israel’s maneuvering abilities during any upcoming negotiations.

Can Obama Make the Move?

Many have questioned Obama’s moral leeway in drastically reshaping US foreign policy in his last days in office, as the election of Donald Trump is clearly a vote against Obama’s policies.

In September, a bipartisan group of US Senators, 88 out of the 100, signed a letter to Obama demanding that he continue to ensure the American veto against any anti-Israel and unilateral actions by the UNSC.

The letter stated that such initiatives may appear to be helpful in the beginning, while they eventually turn out to be an obstacle to obtaining true peace.

The only way to achieve true peace is through “direct negotiations that lead to a sustainable two-state solution,” they wrote.

This stance corresponds by the one repeatedly expressed by Prime Minister Benjamin Netanyahu who has expressed his hopes on several occasions that Obama would not utilize has last days in office to push a resolution at the UNSC, to Israel’s detriment.

In April, 394 House members, more than 90 percent of the 435 representatives, sent a letter to Obama urging him to reject any action by the UN that is biased against Israel.

While Carter did orchestrate the 1978 Camp David Accords which brought a peace agreement between Israel and Egypt, he has since adopted an anti-Israel, and many would say anti-Semitic, approach towards the Jewish State.

Carter has been known for his critical views of Israeli policy and has used the word “apartheid” to describe Israel’s alleged mistreatment of the Palestinians.

During Operation Protective Edge in the summer of 2014, he condemned what he called the “humanitarian catastrophe” supposedly inflicted on Gaza and urged Obama to acknowledge the Hamas terror organization as a legitimate political player in the region.

Speaking to reports in May 2015, Carter said he believes Hamas politburo chief Khaled Mashaal is “in favor of the peace process,” while Netanyahu is not “in favor of a two-state solution.”

In May 2014, Carter supported the Palestine Liberation Organization’s unilateral push to join international organizations, a breach of the 1993 Oslo Peace Accords.

In 2013, he called on the European Union to label products produced at “illegal Israeli settlements,” which is tantamount to calling for a partial boycott on Israeli goods.

In 2006, Carter wrote a book titled “Palestine: Peace Not Apartheid,” which was found to contain factual errors, leading the Committee for Accuracy in Middle East Reporting, a media watchdog, to conclude that the former American leader “clearly has an Israel, and even a Jewish problem.”

Carter appeared on The Daily Show with Jon Stewart in January 2015, during which they discussed the Islamic State (ISIS) terror attacks in Paris earlier that month. Carter claimed that the Israeli-Palestinian conflict was a cause for Islamic terror.

The former US president has effectively gained the status of persona-non-grata in Israel.

By: Max Gelber, United with Israel 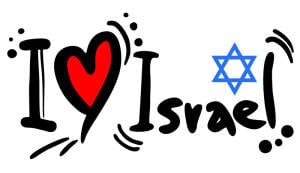 Do You Love Israel? Show Your Support!

Want to do something important for Israel? Make a donation to United with Israel, and help to educate and inspire millions around the world to support Israel too!

Help defend the truth about Israel to millions of people around the world. UWI also contributes to vital charity causes like building bomb shelters to protect Israeli citizens. Please show your support today!